Laboratory research has shown BPC-157 to have many benefits: 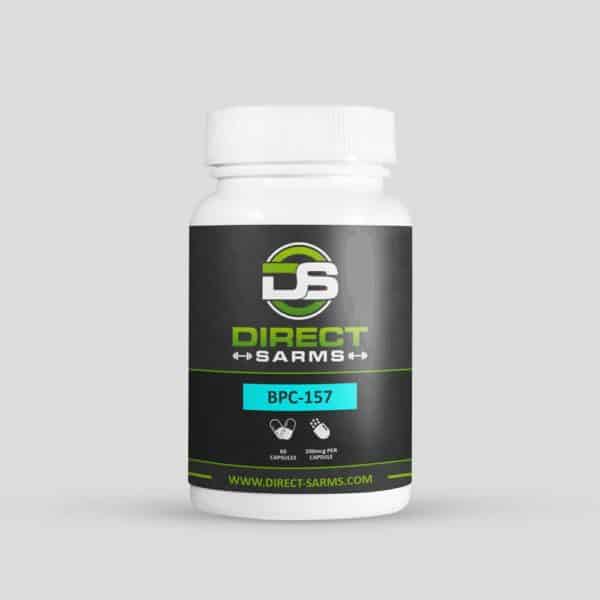 BPC-157 is a partial sequence of human gastric juice-derived body protection compounds (BPC). BPC contributes to the proper function of intestinal organs. Anti-inflammatory effect. Maintains the integrity of the mucosal lining of the gastrointestinal tract. Aids digestion protects and promotes the recovery of the liver following toxic stress.

BPC-157 increases type 1 collagen in these tissues when a tendon or ligament is injured, which aids healing. BPC-157 is cytoprotective, assisting in maintaining the GI tract’s mucosal lining. BPC is an anti-inflammatory; it helps protect and heal inflamed intestinal tissues by watching them. Additionally, it may aid in the repair of tissue damage by increasing the blood flow to injured tissue.

BPC-157 contributes to several natural processes occurring throughout the body. For example, it may aid in the repair of wounds and muscle tissue and the reduction of inflammation and the improvement of gut-related health problems. Additionally, BPC-157 has been shown in experiments to accelerate the healing of various injuries, including tendon-to-bone healing and superior ligament healing. Additionally, this peptide exhibited analgesic properties.

This peptide may benefit individuals who experience discomfort due to muscle sprains, tears, or damage. Additionally, it can aid in the faster healing of skin burns by increasing the blood flow to injured tissue. BPC-157 is non-toxic and stable in human gastric juice.

BPC-157 has many health benefits, including enhancing injury healing, restoring gut health, preventing brain damage, and promoting systemic healing in various body systems. In addition, it is capable of acting as an adaptogenic peptide.

The BPC157 Capsules contain arginate salt. The rate of absorption and stability of BPC-157 Arginate have been significantly improved.

In terms of oral bioavailability, it is superior (greater than 90 per cent). The standard BPC 157 degrades by 98% after 5 hours in gastric acid, according to the research. Studies on animals show that BPC157 arginate can help heal ulcers, irritable bowel syndrome (IBS), and other irritable bowel disorders.

It is recommended that BPC-157 capsules be taken after a meal for the greatest absorption of our gastrically stable products.

BPC-157’s muscle-building properties are one of its primary advantages. However, these findings are not purely theoretical. Instead, they are genuine, as studies demonstrate.

BPC 157 helped rats with Achilles tendon injuries heal almost completely, according to a study. On the other hand, control rats did not fully recover.

Additionally, another study discovered that BPC-157 peptide accelerated muscle healing in rats whose muscles had been crushed.

BPC 157 is safe and effective in the treatment of inflammatory bowel disease, according to references found online and in published scientific studies (IBD).

Supplementation with BPC 157 decreased inflammation in rats with irritable bowel syndrome, according to a study.

Additionally, BPC 157 aided in the healing of cuts in rats and mice. Bpc 157 was also shown to be effective in diabetic rats studies. This was a significant finding because diabetes slows wound healing in the body.

Additionally, BPC-157 accelerated the healing of broken bones in rabbits.

According to research, BPC-157’s antidepressant properties may make it an effective future treatment option for patients.

Gut Health and Prevention of Ulcers

Clinical trials have demonstrated that BPC 157 administration can significantly reduce inflammation in rats with rheumatoid arthritis and stomach ulcers. Additionally, this peptide reduced inflammation in subjects with an inflamed oesophagus.

Pain in the joints and knees

Meanwhile, a recent study demonstrates the peptide’s ability to accelerate soft tissue healing in the musculoskeletal system. Additionally, it mitigates the toxicity of nonsteroidal anti-inflammatory drugs (NSAIDs) such as Aspirin, which are frequently used for pain relief.

Sleep quality (and quantity!) is critical for the body to recover and rebuild muscles following a strenuous workout or injury.

Of course, more research on BPC-157’s sleep effects is necessary before it can be considered a sleep aid. However, the information gleaned from BPC 157 thus far indicates that it is an effective treatment for various health problems. And one of those improvements could be better sleep.

According to a European study, BPC 157 affects the rate of corneal transparency restoration. Thus, BPC 157 eye drops may be highly effective in treating corneal injuries in the eye.

Six studies highlight BPC-157’s effects on and ability to treat a variety of liver diseases. In addition, another study established its hepatoprotective properties and concluded that BPC 157 treatment for liver diseases might become a reality in the future.

Additionally, animal studies have examined the effects of BPC 157 therapy on liver fibrosis. The study found that the peptide improved jaundice, paws, ears, snout, and yellow abdominal tegmentum in the fourth week.

Thus, scientists conclude that BPC 157 may be used to treat liver fibrosis and other conditions associated with the liver.